I have worked in radar technology for over 44 years in application to military missiles, radar altimeters, aviation weather radar and small phased array systems for drone collision avoidance, mapping radar Altimeters and brown out landing aids for helicopters.

I’ve watched as recreational and commercial marine radars transitioned from very high power systems ( up to 25,000 watts peak) based on nearly 80 year old magnetron transmitter technology to low power solid state radars that might transmit a mere fraction of a watt.

With the advent of low power transmitters radiating less than 0.1% of the power of some older radars, the danger of suffering physical damage to eyes due to microwave heating has all but been eliminated.

Only the Navico Broadband Radar employs FMCW modulation and radiates less than a watt of power. This system enjoys favor with small boats where use is confined to 5 Nmi or less. In places like the San Juan Islands of Washington and the Gulf Islands of Canadian British Columbia that is more than sufficient for collision avoidance.

FMCW or Frequency Modulation Continuous Wave is a very powerful radar scheme when properly implemented. I have several patents related to this technology that includes new products currently in production as radar Altimeters and Millimeterwave Phased Array Radar.

A PDF presentation on recreational marine Radar will be added to this blog in the near future. The file includes more on radar modulation technology, installation advice, complimentary functionality with AIS and much more.

Contact us for consulting on marine Radar selection, site selection for optimal performance and comments on radar technology in general related to marine applications. 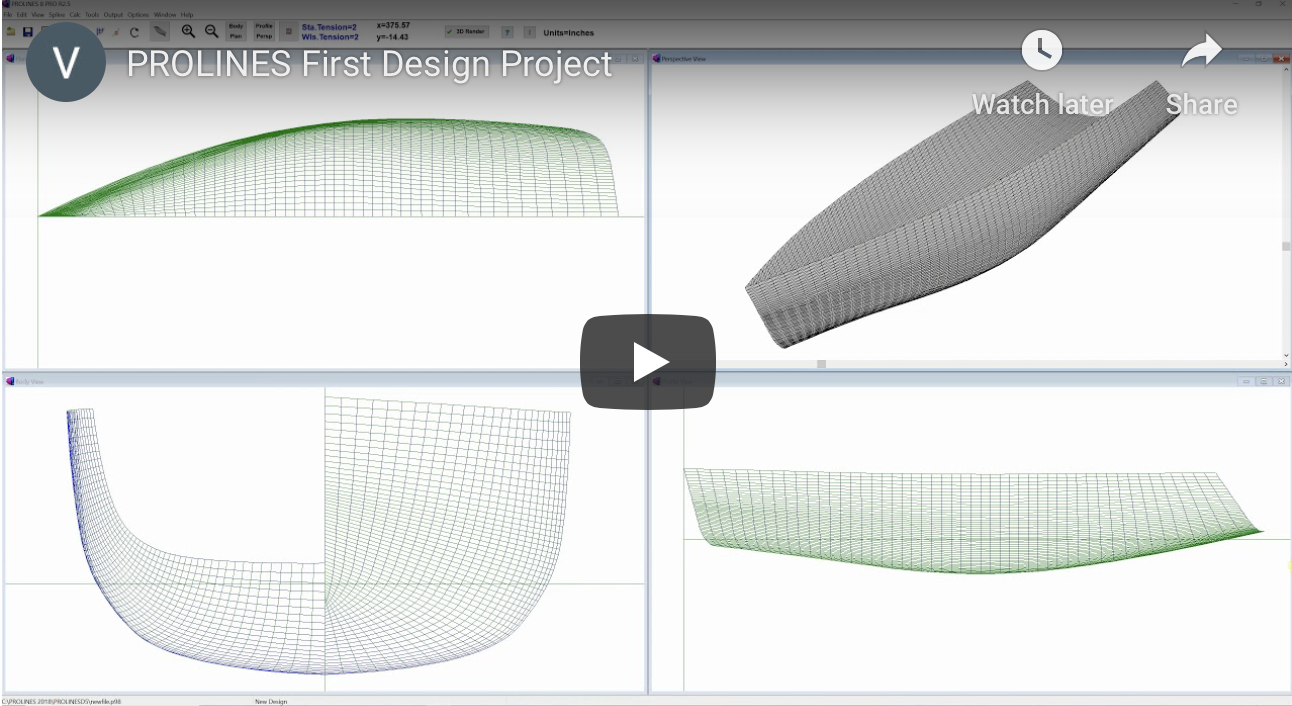 Learn how to use PROLINES for fast and easy development of a boat, yacht, ship, SUP, Canoe or Kayak! PROLINES uses powerful NURB mathematics to instantly create a full 3D Hull shape from a few basic values for Length, Width (Beam) and depth (Draft) of the boat you want to design.