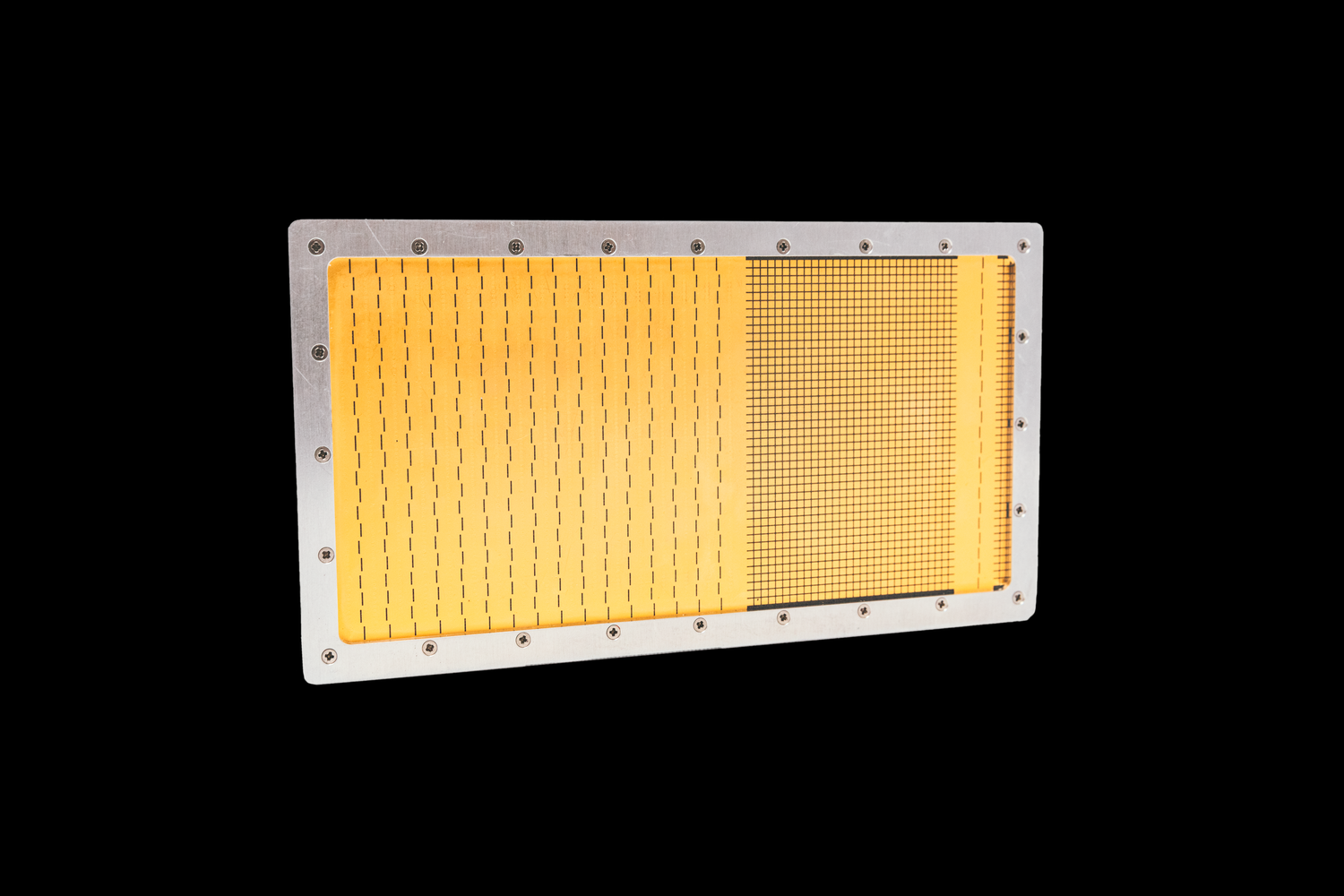 Back in 2007/8 I was employed by Honeywell Aerospace in Redmond Washington and was working on solid state pulse compression weather radars for aviation. The newly developed RDR 4000 (and now the RDR 7000) had just hit the market. It was the first replacement of the original simple pulse modulated solid state radars (replacing Magnetron tube transmitters with transistor based transmitters) with a pulse compression waveform (FM Chirp on top of a pulse waveform). This technology pre-dated the first of the commercially available solid state marine radars by several years. In 2008 we installed the Transmit Receive module of the RDR 4000 in the base unit of a 6 foot open array antenna and installed it on a 43Ft North Pacific Yachts Trawler. We took that radar out on the waters near Anacortes, WA (USA) and collected images of marine targets and in various wind conditions. This was the first time a solid state pulse compression radar had been demonstrated as a Recreational or Commercial Marine Radar.

Notice of those test results and some images were presented publicly in Seattle at a Maritime Navigation conference and published on the Panbo Marine Electronics blog – https://mt.panbo.com/2008/11/honeywell_pc_ss_radar_wow_again.html. That was the beginning of what is now accepted as common place Marine Radar technology for both Recreational and Commercial applications. Major manufacturers Raymarine, Garmin, Furuno and Navico all sell very good Solid State Pulse Compression radar systems. At the time of this writing Garmin had just announced its new 250W peak Solid State Marine radar with performance rivaling 4KW and 12Kw Magnetron based radars of old.

An example of the 40 Watt Honeywell Marine Radar images compared with Magnetron systems in 2008: Honeywell data on Left in the combined image taken in Guemes Channel just North of Fidalgo Island in Washington State.

Now that solid state pulse compression systems have been perfected and are being introduced in ever high power and more capable systems by competitors, where is the next form of Marine Radar Technology going to come from?

I propose that the next generation of Marine Radar will be a low cost Phased Array Radar with electronic beam steering in AZ only and multiple beams generated in the EL dimension. Traditionally Marine Radars have a fixed elevation beamwidth of 22 degrees that is designed to keep the sea surface in view as a function of boat motion. It is also useful to provide long range detection of rain squalls to provide some level of protection from thunderstorms and microbursts that can create exceptionally dangerous conditions in relatively small areas that are to be avoided. This 22 degrees of elevation could be broken into multiple contiguous beams to provide detailed elevation information. I further propose that while a single panel phased array system would normally be limited to about 90 to 100 degree field of regard in AZ, this array could be rotated 360 degrees as current traditional systems are done. While this 360 degree mechanical rotation of an AZ scanning radar may seem redundant note that the AZ scan is exceptionally fast electronic steering that permits revisiting of tracked targets during a single scan and for multiple AZ scans of the same area during a single mechanical rotation. The potential for vastly improved target detection probabilities is obvious.

So where will this low cost phased array radar technology come from? I propose that it can be found both in at least two of my patents (9,897,695 and 10,775,498) and others in my name and assigned to Honeywell. A current radar being flight tested and ground tested at Honeywell is known as the IntuVue RDR 84K. A brief video of the radar can be found here: https://youtu.be/MT0zWKzNV14

Where previous Phased Array Radar technology has been exceptionally expensive ( think millions of dollars) the small solid state systems that are possible today at K band (24GHz) and X Band (8 – 10 GHz) using digital beam steering rather than microwave phase shifters is on the order of thousands of dollars and rivals the cost of the most recent Garmin 250W mechanically scanned marine radars.

The potential of electronic beam steering in AZ when combined with multiple elevation beams would be unrivaled for marine radar applications. Consider an 8″ wide array (RDR 84K is 8″ x 4″) that can produce an 8 degree beamwidth in AZ and EL planes with the potential to subresolve that down to 0.8 degrees or better. A small system like this would be of tremendous value to the Washington State Ferry System that daily has to thread the needle among small pleasure boats that do not carry AIS transponders and that cannot be seen by standard radar systems at short (<1Nmi) when mounted some 50 – 75ft above the waterline. One or two small phased array systems similar to the RDR 84K could be mounted near the car deck level and provide exceptional images at ranges of 1Nmi with no mechanical scanning. The radars could also supplement visual systems for approaches to terminals in poor visibility conditions.

Similarly small recreational vessels like sailboats that cannot use anything larger than a 24″ radome base radar on the mast would see tremendous benefit in the imaging capabilities of a mechanically scanned phased array radar.

The technically savvy person may also immediately wonder about the applicability of the new Automotive Collision avoidance radars. But these systems operate at 80GHz and are intended to provide no more than about 300 meters of detection range. Hardly enough to provide sufficient warning about an approaching threat that is 1Nmi or more away and traveling at 20 Kts without AIS transmissions. Automotive radars are highly specialized to their application and would require considerable modification to provide any value in a marine environment.

There are other possible adaptations of the patented technology that is presented here that can be considered for a very low cost multiple beam mechanically scanned array with imaging capabilities but lacking multiple revisit features during a single mechanical rotation. None the less this could afford excellent radar performance for the tens of thousands of small fishing boats in the range below 30ft that currently blast along at 30 kts come fog or not without any collision avoidance capability beyond a chart plotter with AIS. Given the large number of non-AIS targets that can be present in littoral regions all over the world, it would seem this could be a large untapped market for Radar technology that currently is not served.

While I am the inventor of record, these patents are the property of Honeywell. The patents are available in the public domain and are presented here as such. Vacanti Yacht Design LLC does not represent that it has any ability to field these systems in the proposed applications but as the inventor I find the potential for their use to be obvious and are news worthy in that regard. I suggest any interested party contact Honeywell directly using the contact information provided with the Video and Website for the RDR84K. VYD LLC has not been paid for this article in any way and the article is the creation of the inventor of record solely for the interest of patrons of my website. I am available for consultation on matters of radar design and development as Vacanti Consulting Services LLC.